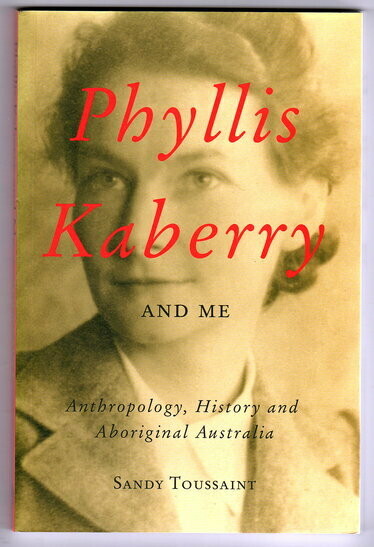 Phyllis Kaberry and Me: Anthropology, History and Aboriginal Australia by Sandy Toussaint

This is the fascinating story of two women, both anthropologists, who worked with Aboriginal people in the Kimberley Region of Western Australia, one in the 1930s, the other in the 1980s and 1990s.

Phyllis Kaberry was one of the early women anthropologists in Australia. Her pioneering fieldwork was later published as Aboriginal Women: Sacred and Profane, 1939.

Sandy Toussaint undertook her own fieldwork in some of the same communities as Kaberry. In revisiting and re-evaluating Kaberry's work, Toussaint caught a glimpse of the private person behind it - eccentric, mysterious with a restless, passionate mind.

Ultimately this book explores the past, present and future relationships between anthropologists and the people among whom they work.