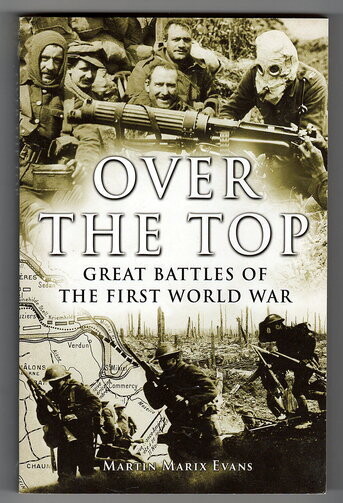 Over the Top: Great Battles of the First World War by Martin Marix Evans

The early battles of the First World War were open, mobile affairs whose tactics had long been familiar to professional soldiers. By early 1915, however, a new type of military engagement had emerged - trench warfare.

The combination of trench warfare with newly industrialized weaponry abruptly changed the logistics and psychology of warfare. The trenches of the Western Front became static theatres of war where soldiers were forced to slug it out in miserable conditions. The result was an unprecedented loss of life as military leaders continued to send their soldiers 'over the top'.

Martin Marix Evans offers a fascinating insight into how soldiers and their commanders attempted to adapt to the unfamiliar and terrifying new landscape.