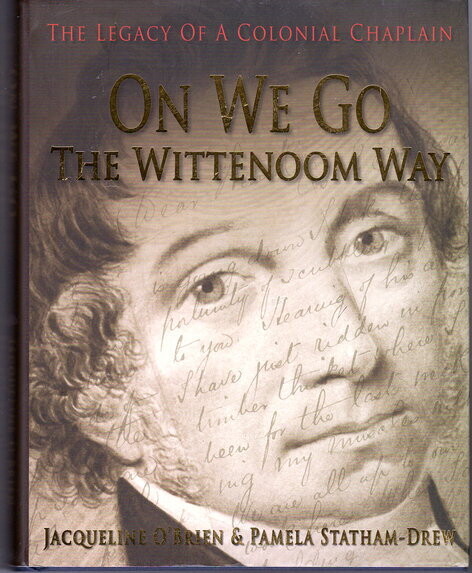 On We Go: The Wittenoom Way: The Legacy of a Colonial Chaplain by Jacqueline O'Brien and Pamela Statham-Drew

From the earliest days of the Swan River Colony on the western coast of Australia, the settlement depended for its survival and progress on individuals of character, courage and compassion. Prominent among these from the beginning has been the Wittenoom family.

Nearly two centuries have passed since a widowed young clergyman, John Burdett Wittenoom, stepped ashore. The book traces the fortunes of the chaplain's descendants from his politician grandson Edward, his brother Frank, explorer, pastoralist and world traveller to Edward's cousin Edith Cowan, the first woman to sit in an Australian parliament and his son Charlie, the Mayor of Albany during the depression and war years. Theirs is a fascinating, inspiring and epic story. (publisher blurb)