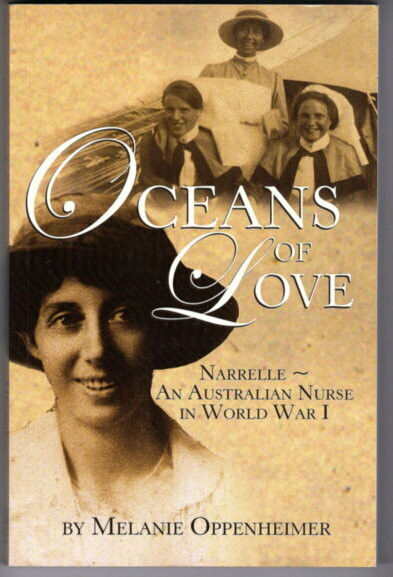 Oceans of Love: Narrelle An Australian Nurse in World War I by Melanie Oppenheimer

In her mid 30s, nursing sister Narelle Hobbes left Australia for London to join Queen Alexandra's Imperial Military Nursing Service Reserve. By mid 1915, Narelle was in Malta seeing to the wounded from Gallipoli, working in appalling conditions. From Malta, Narrelle was transferred to Sicily, and then on to India and Mesopotamia to deal with the wounded from other fronts.

Exhausted and ill herself, she convalesced in the hill stations of the Himalayas.