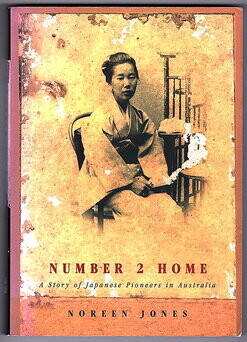 Number 2 Home: A Story of Japanese Pioneers in Australia by Noreen Jones

Secondhand. Good condition. Ex library copy with no external stickers. Partial date due slip on inside page. Wear to book corners and edges.

This book examines the Japanese presence in Australia from the late colonial period until World War Two. The Japanese who migrated to Australia were prostitutes, pimps and pearl divers but they were also families, farmers, fishermen, entrepreneurs and itinerants. The few who were granted citizenship were later stripped on the status and untold numbers made applications which were refused. With the outbreak of WWII, many Japanese were interned and most were denied permission to remain in Australia when the war ended.