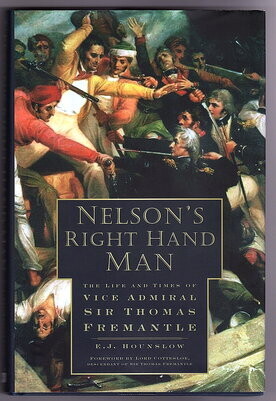 The first biography of Nelson's closest friend, ally and one of the most daring captains to have sailed in the Royal Navy.

Britain has produced many great sea captains but one of the greatest was Thomas Fremantle, friend and confidante of Lord Nelson. The two, bound in friendship, were part of a navy that ensured Napoleon could never invade Britain. The naval campaign culminated in the great victory at Trafalgar and with the fleet in mourning for the loss of Admiral Nelson, it was Thomas Fremantle who towed the shattered Victory and Nelson's body back to Gibraltar.

Promoted to Vice Admiral, Fremantle then fought on and when the French Empire surrendered in 1814 he had amassed a fortune in prizes sufficient to ensure the prosperity of the family for generations to come.