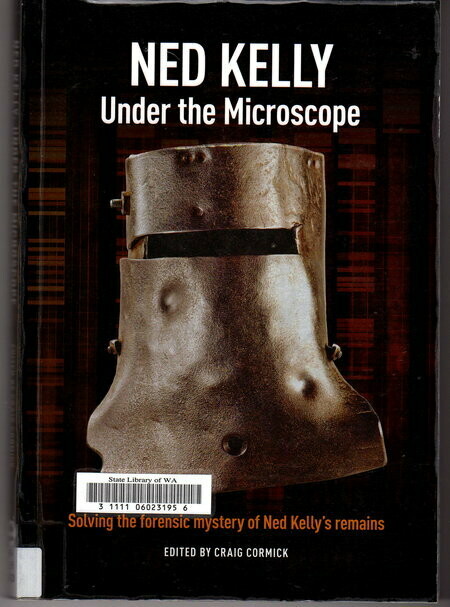 Ned Kelly: Under the Microscope edited by Craig Cormick

It wasn’t only Ned Kelly’s skull that went missing. After the closure of the Old Melbourne Gaol in 1929, the remains of deceased prisoners were exhumed and reinterred in mass graves at Pentridge Prison. The exact location of these graves was unknown until 2002, when the bones of prisoners were uncovered at the Pentridge site during redevelopment. This triggered a larger excavation that in 2009 uncovered many more coffins, and led to the return of the skull and a long scientific process to try to identify and reunite Ned Kelly’s remains.

But how do you go about analysing and accurately identifying a skeleton and skull that are more than 130 years old? Ned Kelly: Under the Microscope details what was involved in the 20-month scientific process of identifying the remains of Ned Kelly, with chapters on anthropology, odontology, DNA studies, metallurgical analysis of the gang's armour, and archaeological digs at Pentridge Prison and Glenrowan. It also includes medical analysis of Ned's wounds and a chapter on handwriting analysis — that all lead to the final challenging conclusions.

Illustrated throughout with photographs taken during the forensic investigation, as well as historical images, the book is supplemented with breakout boxes of detailed but little-known facts about Ned Kelly and the gang to make this riveting story a widely appealing read.