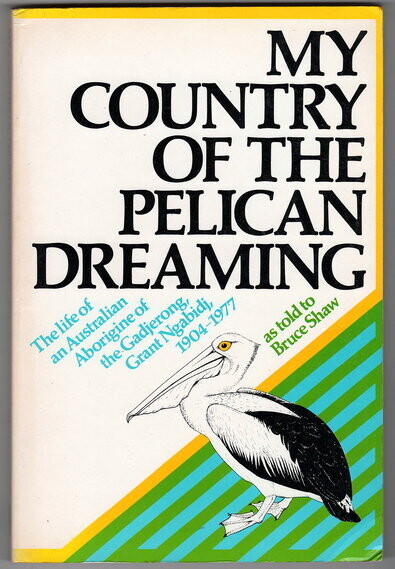 My Country of the Pelican Dreaming: The Life of an Australian Aborigine of the Gadjerong, Grant Ngabidj, 1904–1977 as told to Bruce Shaw

Through Grant Ngabidj's account of his life history, we learn what it was like to be a second-generation Aboriginal man living in a social order that was increasingly falling under the sway of Anglo-Australian society.

Ngabidj's narrative begins with the physical and economic setting for his people, the Gadjerong, who lived traditionally on the coast and its hinterland north of the Ord River, Kimberley Region. There follows a short compelling description of how Ningbing Station was taken up in the area, literally on the bones of Ngabidj's people.

From the new world of the stock camp, the focus shifts to the old world of East Kimberley Aboriginal society under cultural siege but maintaining its integrity - initiation, the law and kinship, violence, travel and European justice, magic, and mythology.

Later we return to Ningbing Station, razed to the ground and abandoned during WWII, the founding and growth of Kununurra and the abandonment of Ngabidj's and his people, the culture and the land to which it belongs sullied by the influx of city settlers. (back cover)