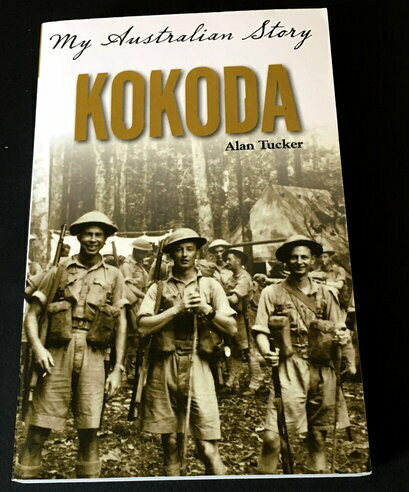 Secondhand. Fine condition. This looks like a new book except it has the slighted shelf wear on the bottom right edge.

Its been a disastrous day. The radio news reports that HMAS Canberra has been sunk with the loss of 819 lives and Kokoda has been lost by the Australians. Who knows where Dess lot are? Somewhere on the mountain track between Kokoda and Port Moresby with the Japs hot on their heels. Harold couldnt say too much in his latest letter but it sounds like his division is moving to New Guinea too.

In his diary, Archie records his own battles at home, against the local bully, Beefy; and how Townsville copes as it becomes a base for the Pacific campaign; and the Australian east coast reels under Japanese bombs.

Archie's two brothers are fighting in the battlefields of World War II. Des has been sent with the militia to fight in the treacherous landscape of the jungles of New Guinea against the Japanese and his brother Harold is about to join him, after surviving the campaign in the Middle East. There is nothing between Australia and a Japanese invasion except a small band of brave soldiers, fighting rain, mud, malaria and machine guns.