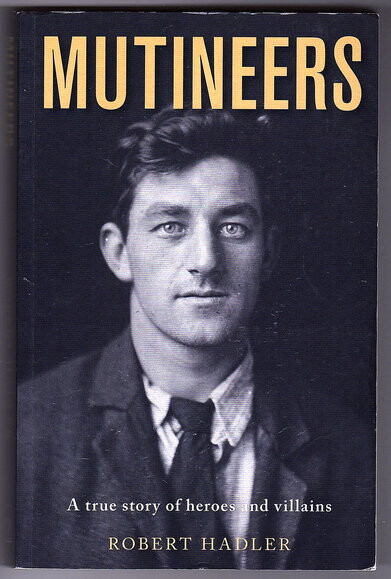 Mutineers: A True Story of Heroes and Villains by Robert Hadler

Mutineers explores the use and abuse of power by our military and political leaders at a critical time in Australia's history and reveals how leaders missed an opportunity to take control of our national destiny.

Five young sailors, including a decorated war hero, were ringleaders of the most controversial mutiny in the annals of the Royal Australian Navy in Fremantle Harbour on 1 June 1919. Severe gaol sentences handed out by a naval court-martial sparked a political furore several months before a Federal election.

The two most senior naval officers in the RAN threatened to resign when the Hughes Government pressured the Admiralty in London to allow the sailors to be released early in time for Christmas. Three of the sailors went on to serve again in World War Two in the Middle East, Malaya and New Guinea. One became a prisoner of war of the Japanese in Changi and another served with the US Small Boat Service. All but one lived long and happy lives. (publisher blurb)