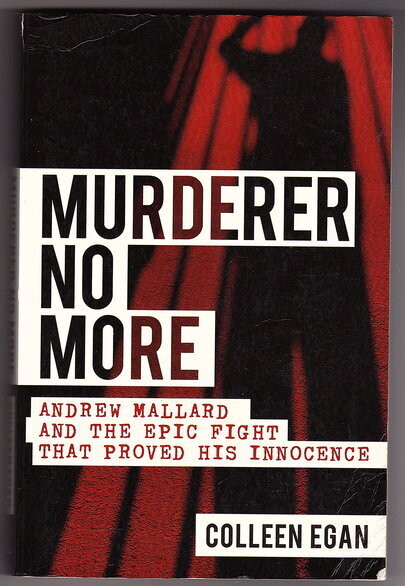 Murderer No More: Andrew Mallard and the Epic Fight that Proved His Innocence by Colleen Egan

In 1994 Pamela Lawrence was brutally bashed to death in her jewellery shop in Perth. Police suspicion fell on a young drifter named Andrew Mallard. Although innocent, he was charged and convicted of this murder. It took 12 years and an epic struggle by Andrew's mother and sister, a team of lawyers and West Australian journalist Colleen Egan to right this wrong.

Not only did their unrelenting battle for justice end in the High Court of Australia making a devastating judgment against the West Australian courts, but it also led to cold-case investigators identifying the real murderer. (back cover)