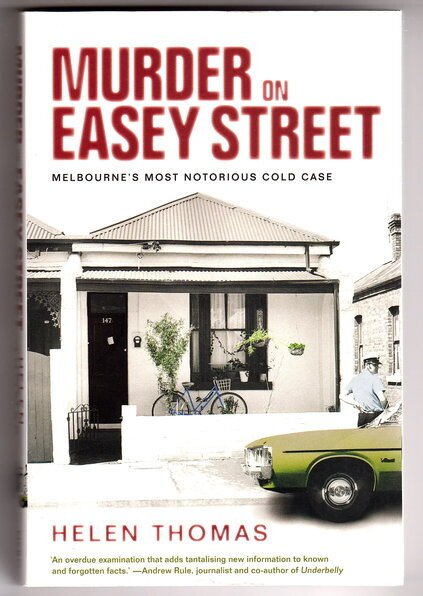 1977, Collingwood. Two young women are brutally murdered. The killer has never been found. What happened in the house on Easey Street?

On a warm night in January, Suzanne Armstrong and Susan Bartlett were savagely murdered in their house on Easey Street, Collingwood – stabbed multiple times while Suzanne’s sixteen-month-old baby slept in his cot. Although police established a list of more than 100 ‘persons of interest’, the case became one of the most infamous unsolved crimes in Melbourne.

Journalist Helen Thomas was a cub reporter at The Age when the murders were committed and saw how deeply they affected the city. Now, forty-two years on, she has re-examined the cold case – chasing down new leads and talking to members of the Armstrong and Bartlett families, the women’s neighbours on Easey Street, detectives and journalists. What emerges is a portrait of a crime rife with ambiguities and contradictions, which took place at a fascinating time in the city’s history – when the countercultural bohemia of Helen Garner’s Monkey Grip brushed up against the grit of the underworld in one of Melbourne’s most notorious suburbs.
Why has the Easey Street murderer never been found, despite the million-dollar reward for information leading to an arrest? Did the women know their killer, or were their deaths due to a random, frenzied attack? Could the murderer have killed again? This gripping account addresses these questions and more as it sheds new light on one of Australia’s most disturbing and compelling criminal mysteries. (publisher blurb)