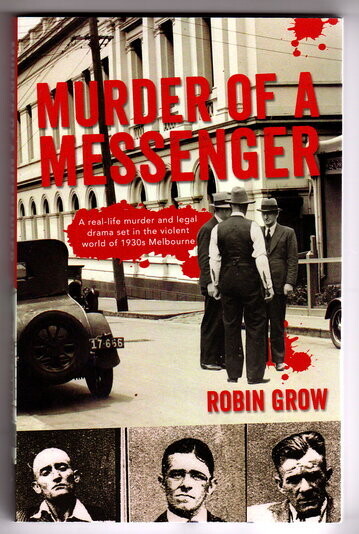 Murder of a Messenger by Robin Grow

A real-life murder and legal drama set in the violent world of 1930s Melbourne.

It was the crime that shocked Melbourne in 1936. An armed robbery of a teenage government messenger and the brutal murder of his elderly unarmed escort. Three known criminals were accused and tried four times but the prosecution and the police could never positively prove their guilt.

The real-life violent Melbourne underworld in the 1930s is portrayed, together with the machinations of some fascinating characters in the legal, political and media worlds.