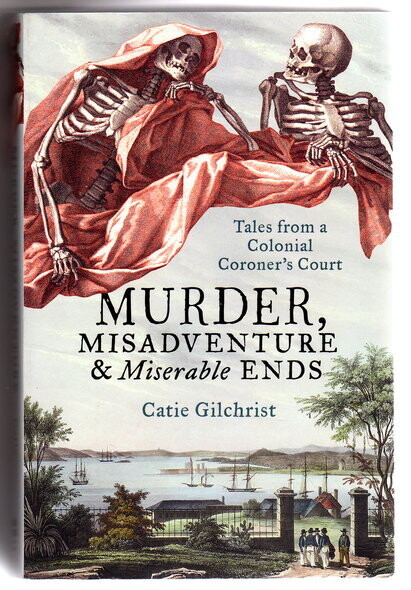 Secondhand. Good condition. Ex library copy with external stickers removed. No stamps on inside. Wear to book corners and edges. Book is clean and binding is very good.

Murder in colonial Sydney was a surprisingly rare occurrence, so when it did happen, it caused a great sensation. People flocked to the scene of the crime, to the coroner's court and to the criminal courts to catch a glimpse of the accused.

Henry Shiell was the Sydney City Coroner from 1866 to 1889. In the course of his unusually long career, he delved into the lives, loves, crimes, homes and workplaces of colonial Sydneysiders.

He learned of envies, infidelities, passions, and loyalties, and just how short, sad and violent some lives were. But his court was also, at times, instrumental in calling for new laws and regulations to make life safer.

Catie Gilchrist explores the nineteenth-century city as a precarious place of bustling streets and rowdy hotels, harbourside wharves and dangerous industries. With few safety regulations, the colourful city was also a place of frequent inquests, silent morgues and solemn graveyards. This is the story of life and death in colonial Sydney. (publisher blur)