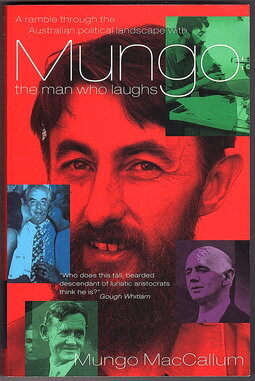 Mungo: The Man Who Laughs by Mungo MacCallum

Mungo MacCallum was one of the wittiest political journalists to chronicle the brief golden age of Gough Whitlam's period as Prime Minister (1972-1975). Here for the first time, he provides his memoirs of those glorious, chaotic days.

When Mungo MacCallum moved to Canberra in 1967, he was immediately caught up in the maelstrom of political activity that was sweeping Australia. There he became one of the most influential political chroniclers, writing consistently entertaining material on the facts, analyses and anecdotes of the political animals who inhabited Parliament House.