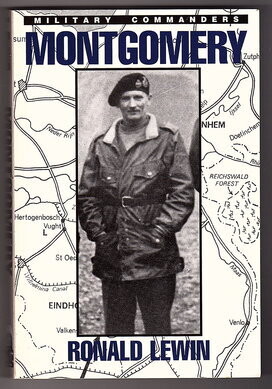 Wartime friction with American commanders has led to a considerable diminution of Montgomery's reputation in the United States since the end of World War II. This is a pity since many of his ideas have once again become relevant; indeed, the progress and final outcome of Desert Storm held few surprises for those who had studied El Alamein.

Montgomery's careful husbanding of his available manpower in the war's last campaign also strikes a familiar chord at a time when, at least in the Western democracies, the domestic political impact of battlefield casualties frequently outweighs military considerations.

El Alamein and the final campaign in Europe after D-Day are the foundations of Montgomery's military reputation, and Ronald Lewin effectively cuts through much of the confusion generated by Montgomery's own personality quirks to arrive at a balanced appreciation of the man and the commander.

From his days as a junior officer in World War I to the German surrender in 1945, Lewin examines the life experiences that shaped Montgomery, both as a battlefield tactician and as a trainer and inspirer of troops. (back cover)