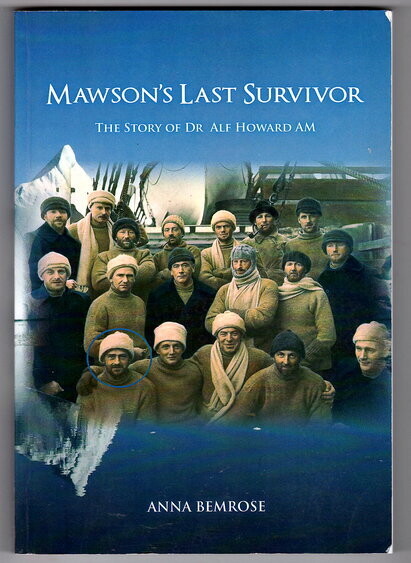 Secondhand. Good condition. Ex library copy with no external stickers. Date due slip on inside. Some wear to book corners. Book is clean and binding is still very good.

Alf Howard sailed with legends of the heroic era of Antarctic exploration and became a legend in his own lifetime. He was the last surviving member of Sir Douglas Mawson's 1929-1931 British, Australian and New Zealand Antarctic Research Expedition (BANZARE) and was also the last survivor to have served aboard the coal-fired three-masted wooden ship Discovery, built for Captain Robert Falcon Scott's 1901-1904 Antarctic odyssey.
As a young chemist and hydrologist on board the Discovery, going south with Mawson was the catalyst for his long-distinguished career with the Commonwealth Scientific and Industrial Research Organisation (CSIRO). Subsequently, at the University of Queensland, he was awarded degrees in physics and linguistics and completed a PhD in psychology.

For more than twenty years he designed computer programs and provided statistical advice to postgraduate students and staff until he was 97. The call of Antarctica was too strong to resist and during the 1990s he returned four times. (back cover)