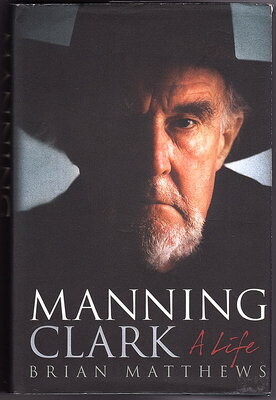 Manning Clark was one of the most influential Australian intellectuals of the last half-century. His political pronouncements were often highly provocative and his sweeping judgements, dire denunciations and oracular prophecies infuriated conservatives and made him a controversial figure.

His most enduring legacy, however, was his magisterial six-volume History of Australia. In it he reshaped the now-familiar story of our nation's modern evolution; from the First Fleet's arrival, the convicts, the rum rebellion, gold, the sheep's back, Federation, and the glorious defeat at Gallipoli, up to the nation emerging from the Great Depression and on the threshold of a new world war. Within the dramatic narrative, which he envisaged as an epic, are highly original and insightful portraits of its great men with their tragic flaws: Phillip, Macquarie, Burke and Wills, Bligh, Wentworth, and above all Henry Lawson.

Behind this ambitious work - with its more than a million words and twenty-five, long slogging years of research and scholarship - was a man as flawed as the historical figures he was presenting, figures in whose personalities and life events he often saw himself dauntingly mirrored. He was wracked with self-doubt, and dogged by fears of failure and personal weakness, he craved forgiveness for the betrayals that stalked and threatened his marriage to Dymphna, and wrestled with an elusive Christ in whom he longed to have a secure faith. Behind the signature broad hat and the stern unsmiling visage was a tortured man.

That is the complex, enigmatic and thoroughly enthralling Clark who emerges in this remarkable biography by Brian Matthews, whose previous acclaimed memoir of Louise Lawson was judged to be both groundbreaking and revolutionary. Manning Clark: a life draws a compelling portrait of the great historian, who attracted both critics and acolytes alike in equal number. Both sides can expect to be astounded and captivated.