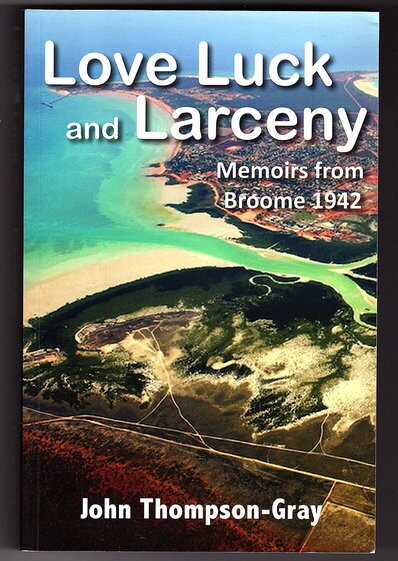 Love Luck and Larceny: Memoirs from Broome 1942 by John Thompson-Gray

The memoir of Aboriginal-European sea Captain Alfred Brown shows that a father's love can be an example to us all, while the power of Divine Love underwrites the life of missionary surgeon Dr Jean Davies. Shibata's dedication to the Zero fighter and Lamade's dedication to USS Houston are stories of flying sailors.

New research reveals untold stories of luck, love and grand larceny. In many cases, the woman's heroism is as significant as that of her partner and this is captured in six memoirs of love affairs: Shadforth and Brown, Macherez and Winckel, Welter and Droste, Shepherdson and Hasselo, Hardwiger and Woods, Linnet and Smirnov.

Jack Palmer's love of the beachcomber life becomes a grand larceny 'Whodunit' when thirty thousand diamonds disappear from a plane shot down during the attack. Readers are invited to sleuth along.