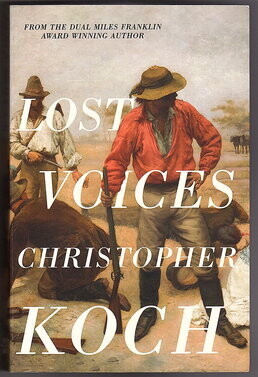 Young Hugh Dixon believes he can save his father from ruin if he asks his estranged great-uncle Walter- a wealthy lawyer who lives alone in a Tasmanian farmhouse passed down through the family for help. As he is drawn into Walter's rarefied world, Hugh discovers that both his uncle and the farmhouse are links to a notorious episode in the mid-nineteenth century.

Walter's father, Martin, was living in the house when it was raided by members of an outlaw community run by Lucas Wilson, a charismatic ex-soldier attempting to build a utopia. But like later societies with communitarian ideals, Nowhere Valley was controlled by the gun, with Wilson as a benevolent dictator.

Twenty-year-old Martin's sojourn in the Valley as Wilson's disciple has become an obsession with Walter Dixon: one which haunts his present and keeps the past tantalizingly close. As Walter encourages Hugh's ambition to become an artist, and again comes to his aid when one of Hugh's friends is charged with murder, the way life's patterns repeat themselves from one generation to another becomes eerily apparent.

Dramatic, insightful and evocative, Lost Voices is an intriguing double narrative that confirms Koch as one of our most significant and compelling novelists.