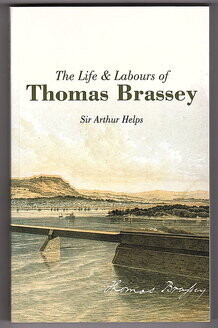 Life and Labours of Thomas Brassey by Sir Anthony Helps

Thomas Brassey was the king of railways. He was perhaps the most important railway contractor in the world in the 19th century, building railways in Britain, Europe, Asia, Australia, and North and South America, in all over 6,500 miles of track, fully one-sixth of the network in Britain and half of that in France.

He was a major employer of labour, at his peak employing a veritable army of 75,000 men across the world engaged on numerous projects.

This collection of the letters of this great engineer written by Sir Arthur Helps, one of the most brilliant and prolific historians of the 19th century, is a book to treasure for the quality of his writing as well as the detail of the great life it describes. (publisher blurb)