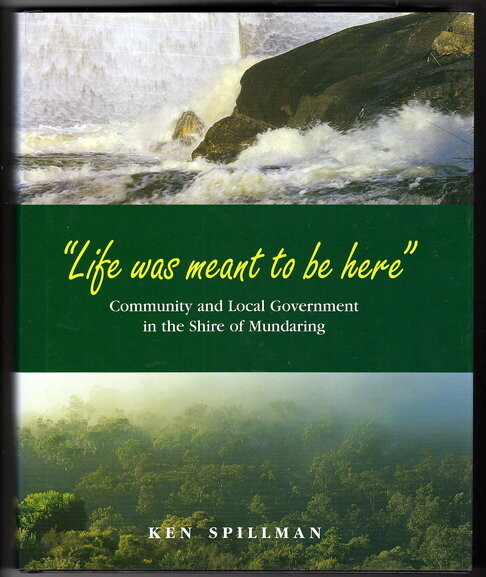 Life Was Meant To Be Here: Community and Local Government in the Shire of Mundaring by Ken Spillman

Ian Elliot's Mundaring: A History of the Shire charted the district's pioneering years and its development during the first half of the 20th century. Back in the early 1900s, the Shire was a tranquil landscape of carefully tended vineyards and tidy orchards.

At the turn of the 21st century, Mundaring is a harmonious mix of urban and rural living, made unique by the hills' lifestyle and beautiful natural surroundings.

Ken Spillman picks up the story from Ian Elliot, tracing the development of the Shire during the latter half of the 20th century, and recording the challenges presented by changing times and the contributions of countless groups ad individuals who have shaped the Mundaring community. (Foreword)