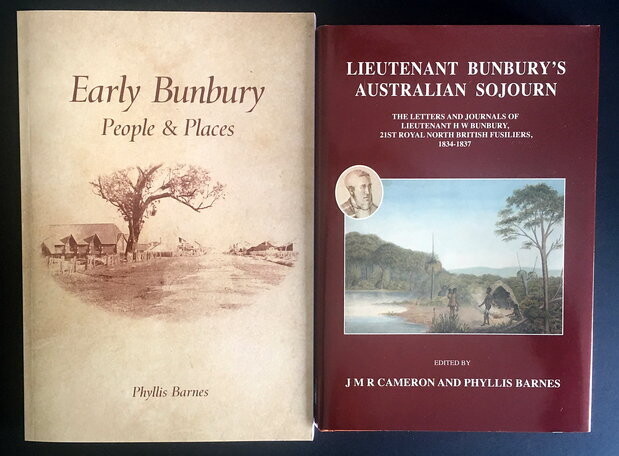 This book provides proof that it was the East India Company ship, the Elberg, that was the first European ship to anchor behind a ‘protruding point’, now Casuarina Point in 1668.

The focus of this book is the early settlement of the Bunbury and surrounding areas, including Australind. Photographs and sketches are generously scattered throughout the book including portraits, local landmarks and buildings.

This book will interest long term Bunbury residents researching their family history and those newer to Bunbury that want to know more about its origins. Researchers interested in colonial Western Australian history will find the information provided on original surveys and land grants useful.

A revised index was released in 2019 and is included in this purchase.

He was just 21 years old when he sailed for the Australian colonies in charge of the military guard on the convict transport Susan.

Between his arrival in Sydney in July 1834 and his departure in November 1837, he spent 10 months in New South Wales as aide-de-camp to Governor Bourke, 9 months in Van Diemen's Land, and 21 months in Western Australia.