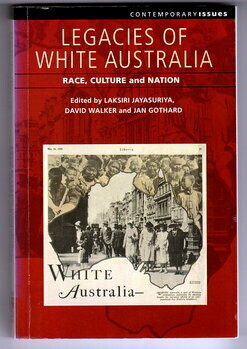 More than one hundred years after it first appeared in the Immigration Restriction Act 1901 and thirty years after it was reportedly put to rest, the so-called White Australia Policy continues to haunt the Australian political landscape.

In the new millenium the Tampa incident and controversy surrounding asylum seekers have fuelled renewed speculation about the enduring legacies of White Australia.

In this volume leading Australian scholars critically re-examine a hundred years of White Australia to provide a foundational contribution to an informed debate on the essential issues of race, identity and nation that will determine our attitudes to immigration, multiculturalism and Australian-Asian engagement in the twenty-first century