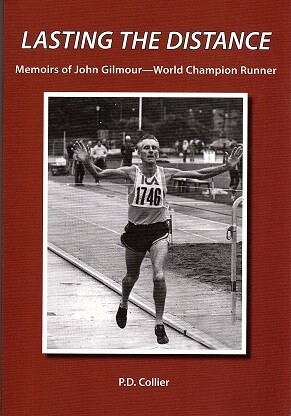 Secondhand. Very good condition. Some wear to boot foot and a slight bend to the book cover.

This is the biography of John Gilmour OAM. Born in Scotland, Gilmour's family migrated to Australia as part of the Group Settlement Scheme. His family settled in Group 86 known as Rosa Glen, near Margaret River.

Gilmour's early running success was interrupted by WWII, where he served and was a prisoner of war. Returning to civilian life in 1945, Gilmour set about resurrecting his athletics career. State selection as a cross-country runner soon followed before a successful career as a coach.

In 1971, he found success in international veterans athletics.