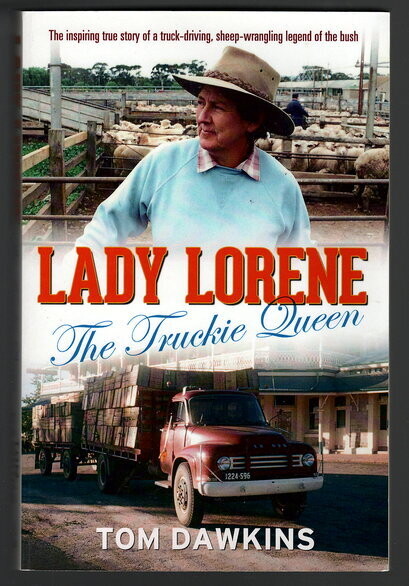 The inspiring true story of an ordinary woman who became a truck-driving, sheep wrangling legend in one of the most male-dominated and old fashioned environments imaginable. Lady Lorene - The Truckie Queen is the story of Lorene Whittam, a wife and mother who has earned a reputation as an icon of the bush and a legend of the livestock transport industry.

Lorene was born and raised in Mount Compass, south of Adelaide. While working at the local milk factory she met a young truck driving entrepreneur, Mac Whittam, from nearby Ashbourne. Over almost five decades of marriage, Lorene and Mac built a successful transport company, raised four sons and travelled throughout Australia carting livestock and other goods.

Throughout, Lorene successfully managed to juggle the responsibilities of family and business, especially when the boys were young. Soon Lorene became a well-known face around the stockyards and earned herself the nickname, Lady Lorene, The Truckie Queen.

While Mac has now retired, Lorene maintains a very active role in the family business, continuing to attend country sheep and cattle markets, as she has done since the late 1970s.

This is the extraordinary story of an ordinary woman. Her relentless hard work has earned her respect in one of the most male-dominated and old fashioned environments imaginable. But it is also the story of the Australian livestock transport industry during times of remarkable change. (back cover)