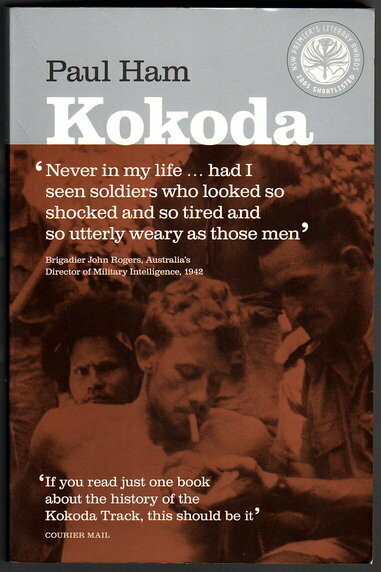 In a unique and balanced portrayal, renowned journalist Paul Ham recounts both the Australian and Japanese perspectives of the events on the hellish Papuan jungle trail where thousands fought and died during World War II.

Based on extensive research in Australia and Japan, and including previously unpublished documents, Kokoda intimately relates the stories of ordinary soldiers in 'the world's worst killing field', and examines the role of commanders in sending ill-equipped, unqualified Australian troops into battles that resulted in near 100 per cent casualty rates.

It was a war without mercy, fought back and forth along 90 miles (145 km) of river crossings, steep inclines and precipitous descents, with both sides wracked by hunger and disease, and terrified of falling into enemy hands. Defeat was unthinkable: the Australian soldier was fighting for his homeland against an unyielding aggressor; the Japanese ordered to fight to the death in a bid to conquer 'Greater East Asia'.

Paul Ham captures the spirits of those soldiers and commanders who clashed in this war of exceptional savagery, and tells of the brave souls on both sides of the campaign whose courage and sacrifices must never be forgotten. (back cover)