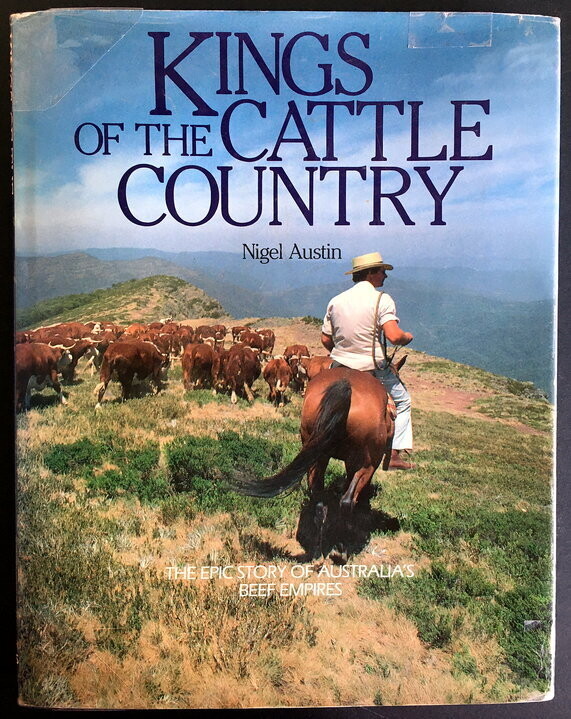 Kings of the Cattle Country: The Epic Story of Australia’s Beef Empires by Nigel Austin

Secondhand. Good condition. Book has wear at corners and edges, particularly spine. Dust jacket has some small tears at top edge and book corners that have now been reinforced with book tape.

Kings of the Cattle Country tells the story of the arrival of the first cattle with the First Fleet; it follows the spread of cattle from early days at Woolloomooloo on the shores of Sydney Harbour to the cow pastures near Camden and on across the Blue Mountains to the frontier beyond.

Overlanders, pioneers and cattlemen who followed the cattle slowly developed a distinctive character and sparked Australia's identity with their dress, their language and their manner of living, such as overlanders Nathaniel Buchanan and Harry Redford became symbols of the Australian spirit.