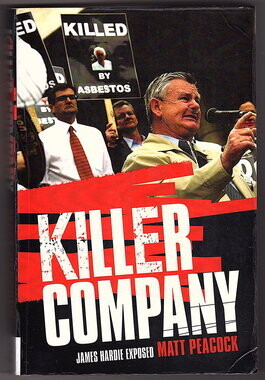 ABC journalist Matt Peacock reveals how one of Australia's most prestigious companies, James Hardie, covered up the hazards of its asbestos products and moved offshore, leaving behind thousands of victims from its former workforce and the general public.

This book, which inspired the ABC1 mini-series 'Devil's Dust', tells the inside story of how Matt and asbestos campaigner Bernie Banton brought the company to account, revealing the corporate tactics which allowed Hardie to conceal what is Australia's greatest peacetime disaster.

Matt first warned the public about the dangers of Hardie's asbestos empire in an award-winning radio series in 1977. He has followed the tragic trail for more than 30 years: from the company's factories where workers had 'snowball' fights, to the mine where Aboriginal children played in the tailings, and into the homes of tens of thousands of Australians still at risk from Hardie's products, where asbestos lies in the walls, roofs and even under the carpets. (publisher blurb)