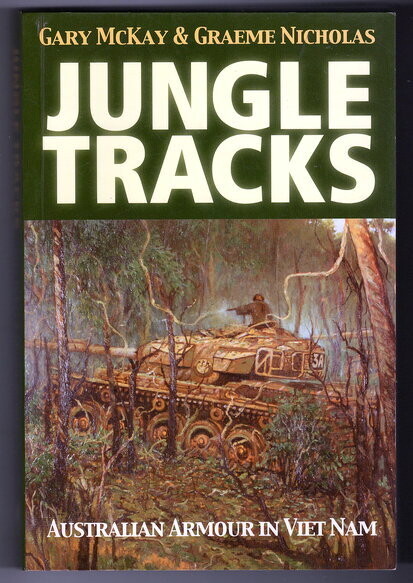 What was it like to sit in the drivers' and gunners' seats of the Australian tanks and armoured personnel carriers that fought in the Vietnam War? Jungle Tracks takes us into the thick of the battles, the ambushes and the horrendous mine incidents that claimed the lives of so many Australian soldiers.

Veterans of the Armoured Corps share their experiences of fighting in the jungles and paddy fields of Vietnam. In their own words, these men describe the special skills they needed and the dangers they encountered. And with brutal honesty, they tell the story of the decisive role played by the armoured forces in all the major battles involving Australians - both the failures and the incredible successes.

Gary McKay, himself a Vietnam veteran, and Graeme Nicholas, an Armoured Corps soldier, skilfully assemble these men's accounts to provide a unique view of the Vietnam War. (back cover)