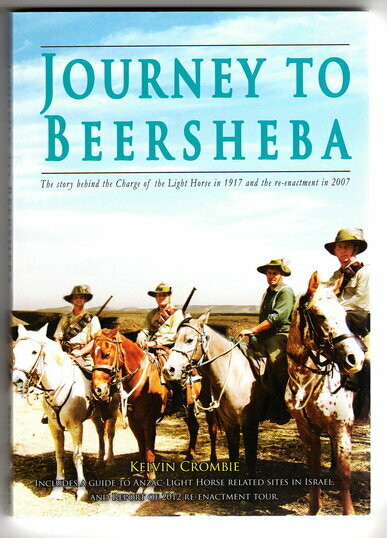 Journey to Beersheba: The Story of the Charge of the Light Horse in 1917 and the Re-enactment in 2007 by Kelvin Crombie

The Battle of Beersheba began on 31 October 1917 when British Infantry attacked the Turkish garrison stationed at Beersheba, South Palestine. Later in the day, the ANZAC Light Horse began a series of charges that resulted in the defeat of the Turkish Army.

Kelvin Crombie's book delves into the events that lead to the Battle of Beersheba. He also describes the re-enactment of the charge by the Australian Light Horse Association.