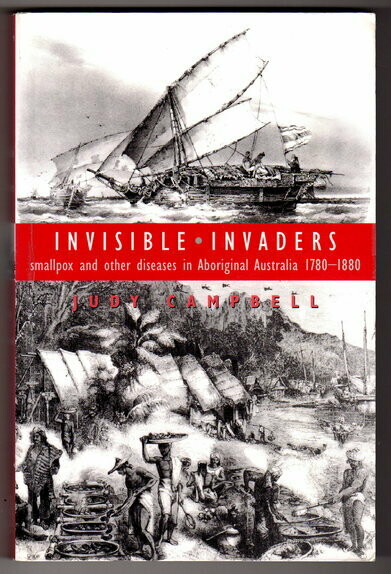 Invisible Invaders: Smallpox and Other Diseases in Aboriginal Australia 1780-1880 by Judy Campbell

Secondhand. Good condition. Ex library copy with protective plastic covering and external stickers removed. Inside that is a date due form and borrower pocket. Some general edgewear. Some text has been underlined in pencil.

An epidemic of smallpox among Aboriginal people around Sydney in 1789 puzzled the British as there had been no cases on the ships of the First Fleet.
The author uses previously unpublished material from 19th-Century archives to argue that epidemics of smallpox among Aboriginals preceded European settlement and originated from regular visits to the northern coast of Australia by Macassan fishermen from nearby islands.