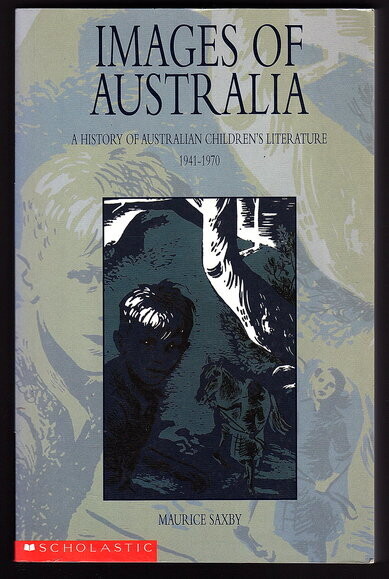 Images of Australia: A History of Australian Children’s Literature 1941–1970 by Maurice Saxby

Images of Australia examines the range of fiction being written for and offered to children in that particular period of our national development when Australia was reinventing itself after the Great Depression of the 1930s and its involvement in World War II.

The fiction documents the multiple images of Australian life - the land and its people - that were being presented to young readers both at home and abroad. Many of these images arose from a developing national identity and hence helped form the outlook of a generation of Australians.

In many ways, this period, 1940-1970, also laid the foundation for an Australian children's literature that has now won international acclaim. (back cover)