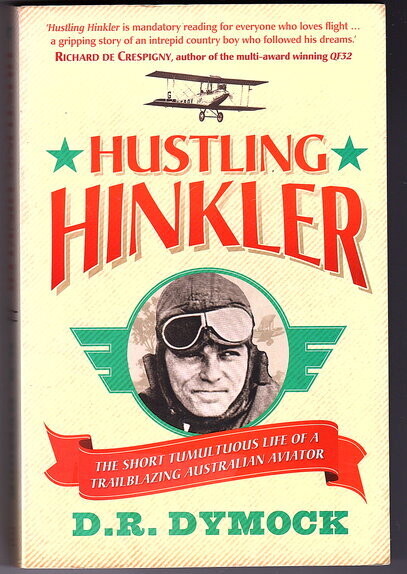 Born in Bundaberg, Queensland, on 8 December 1892, Bert was a working-class lad, the son of an itinerant labourer. Yet, from his early years, his eyes were looking skyward, and he was destined to break away from the usual path followed by boys from his hometown. He was captivated by stories of flight and whilst still a teenager he built his first plane.

Determined to make a life of adventure, he became a mechanic with a barnstorming pilot in Australia and New Zealand before making his way to England. When World War I broke out, he became a decorated gunner, before finally gaining his pilot's wings in the RAF.

His ambition aligned with his skill, and post-war he became world-famous for his pioneering aviation achievements. As well as being a renowned test pilot and air racer, Hinkler made the world's first solo flight from England to Australia in 1928 and across the South Atlantic in 1931. But behind the public hero was a complex man who struggled to find his place in the world, was constantly in financial need and came to be dubbed 'no-news Hinkler' because of his refusal to let the press know in advance what he was up to.

Tragically, Bert's pioneering attempts came to an abrupt end on 7 January 1933 when he died whilst attempting another solo flight from England to Australia. This insightful biography reveals the circumstances behind that final, fatal flight, and tells the intriguing story of the three grieving women he left behind. (publisher blurb)