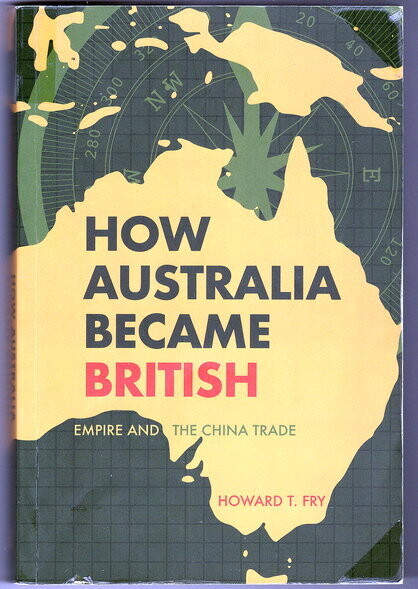 How Australia Became British: Empire and the China Trade by Howard T Fry

Australia's tale of discovery, colonisation and eventual settlement by the British is fraught with conflict.

Wilson's discovery of the Eastern Passage, in 1759, was the event that opened up the South China Sea to burgeoning European trade. The political situation, however, was difficult. The Seven Years' War followed by the American War had created great friction between Europe's rival imperial powers - struggles that continued in the new frontier of the South China Sea. China and the European Triple Alliance of France, Spain and the Netherlands all vied with the British for dominance in the area.

This struggle for trade monopoly and political supremacy was played out on the Australian landmass. Since the time of Dalrymple and Baudin, the existence of a vast and virgin land in the Southern Hemisphere had fascinated Europeans. Originally ring-fenced by Napoleon for a French colony, both the Dutch and British staked their own claim to the strategically important location.

In this magisterial study, Howard T Fry shows how, through the complex relations of European power and the ever-present lure of the potential China trade, Australia came to be British. (back cover)