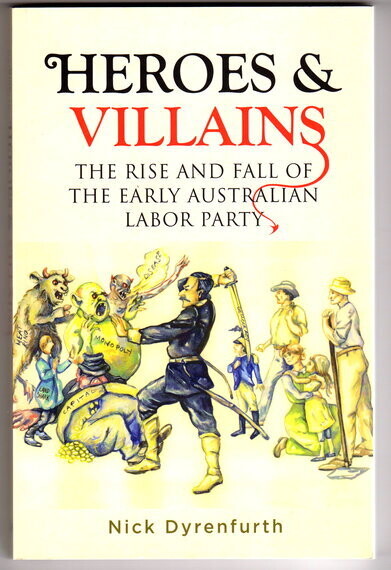 Heroes and Villains: The Rise and Fall of the Early Australian Labor Party by Nick Dyrenfurth

On 13 April 1910, Andrew Fisher led the Australian Labor Party to a sweeping victory at the fourth federal election held since federation. By virtue of its double majorities in the House of Representatives and in the Senate, Labor became the first party of its type to take office in its own right anywhere in the world.

According to the then Governor-General, the odds of the former Scottish child miner Fisher becoming prime minister were a "million to one against". Yet just six years later the ALP violently split in two over the issue of military conscription and was subsequently exiled from power for a generation.

Why did early Labor enjoy such precocious success? And how could it all fall apart so rapidly? Heroes and Villains, offers a bold new interpretation of this formative phase in Australian Labor politics, explains why. (publisher blurb)