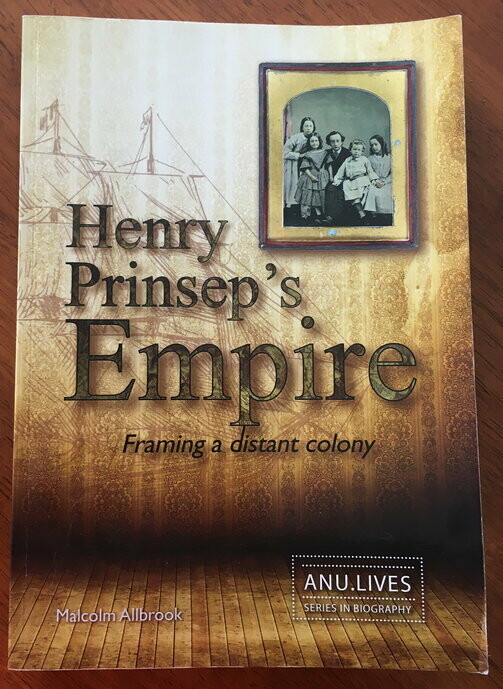 Henry Prinsep is known as Western Australia's first Chief Protector of Aborigines in the colonial government of Sir John Forrest, a period which saw the introduction of oppressive laws that dominated the lives of Aboriginal people for most of the 20th century.

But he was also an artist, horse-trader, member of a prominent East India Company family, and everyday citizen, whose identity was formed during his colonial upbringing in India and England.

As a creator of Imperial culture, he supported the great men and women of history while he painted, wrote about and photographed the scenes around him.

In terms of naked power he was a middle man, perhaps even a small man. His empire is an intensely personal place, a vast network of family and friends from every quarter of the British imperial world, engaged in the common tasks of making a home and a career, while framing new identities, new imaginings and new relationships with each other, Indigenous peoples and fellow colonists.

This book traces Henry Prinsep's life from India to Western Australia and shows how these texts and images illuminate not only Prinsep the man, but the affectionate bonds that endured despite the geographic bounds of empire, and the historical, social, geographic and economic origins of Aboriginal and colonial relationships which are important to this day. (back cover)