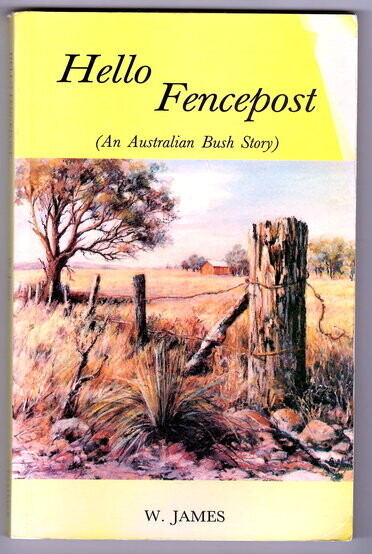 Will James was born as a Japanese aircraft carrier cruised down the Western Australian coast, its planes plastering Broome and Derby on the way.

The family beat a retreat into the bush and for the next three and a half years the youngster lived a cotton wool existence cushioned by the skirts of his mother, grandmothers and aunts. Life was warm and gentle despite the turmoil somewhere beyond.

Then Hiroshima and Nagasaki were razed. ‘…the Old Man suddenly came home from the war and turned this cloud, cuckoo land on its ear. The peace and tranquillity were shattered…’ Young Will had to learn to deal with this brusque, masculine invasion that roared in suddenly from nowhere – uncles, rough mates and the dreaded monster they told him was his father.

The family moved ‘bush.’ And moved again, and again. The first job at six years of age on the nightman’s cart, pans slip-slopping to the clip-clopping and jangling of an indifferent horse. School and rough justice in the 1940s; hair raising escapades amid the derelict mineshafts around Kalgoorlie. Puberty and the shock of Bertie’s bristling manhood; first love among the deck-chairs of the open-air theatre and raging acne. Bill Hayley, Elvis and finally the first stuttering television sets.

Hello Fencepost is more than just a series of anecdotes about life in the 40s and 50s. It is a portrayal of the fabric of our society as it was.