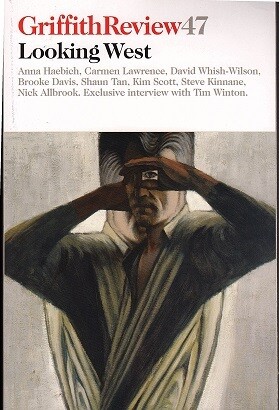 In Australia, the lure of bounty from mineral riches has drawn generations of fortune hunters to its western third. For some this was a stop on the road to a better place, for many a destination for new beginnings, but for its original inhabitants dislocation was inevitable.

In the 1980s, Perth became a byword for 'new wealth'. In the 21st century it has grown into a boomtown the likes of which Australia hasn't seen since the 1850s. There is evidence this is starting to slow, but what will be left when the mining boom is subdued?

Western Australia is also huge and separated from the eastern populations by such a vast desert that it may almost be an island of its own. This creates unique issues and perspectives which challenge the ideas and presumptions of the rest of Australia.

The publication was a collaboration between Griffith Review and Curtin University.