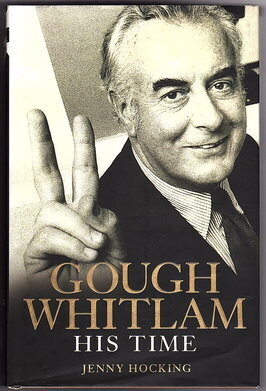 It was an ascendancy bitterly resented by some, never accepted by others, and ended with dismissal by the Governor-General barely three years later-an outcome that polarised debate and left many believing the full story had not been told. In this much anticipated second volume of her biography of Gough Whitlam, Hocking has used previously unearthed archival material and extensive interviews with Gough Whitlam, his family, colleagues and foes, to bring the key players in these dramatic events to life.
This definitive biography takes us behind the political intrigue to reveal a devastated Whitlam and his personal struggle in the aftermath of the dismissal, during the unfulfilled years that followed and his eventual political renewal as Australia's ambassador to UNESCO. (publisher blurb)