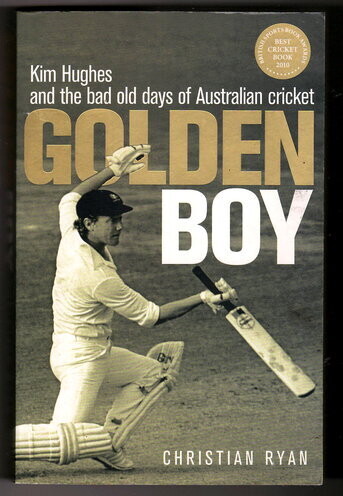 Kim Hughes was one of the most majestic and daring batsmen to play for Australia in the last 40 years. Golden curled and boyishly handsome, his rise and fall as captain and player are unparalleled in our cricketing history. He played at least three innings that count as all-time classics, but it's his tearful resignation from the captaincy that is remembered. Insecure but arrogant, abrasive but charming; in Hughes' character were the seeds of his own destruction.

Yet was Hughes' fall partly due to those around him, men who are themselves legends in Australia's cricketing history? Lillee, Marsh, the Chappells, all had their agendas, all were unhappy with his selection and performance as captain - evidenced by Dennis Lillee's tendency to aim bouncers relentlessly at Hughes' head during net practice.

Hughes' arrival on the Test scene coincided with the most turbulent time Australian cricket has ever seen - first Kerry Packer's World Series Cricket, then the rebel tours to South Africa. Both had dramatic effects on Hughes' career.

As he traces the high points and the low, Chris Ryan sheds new and fascinating light on the cricket - and the cricketers - of the times. (publisher blurb)