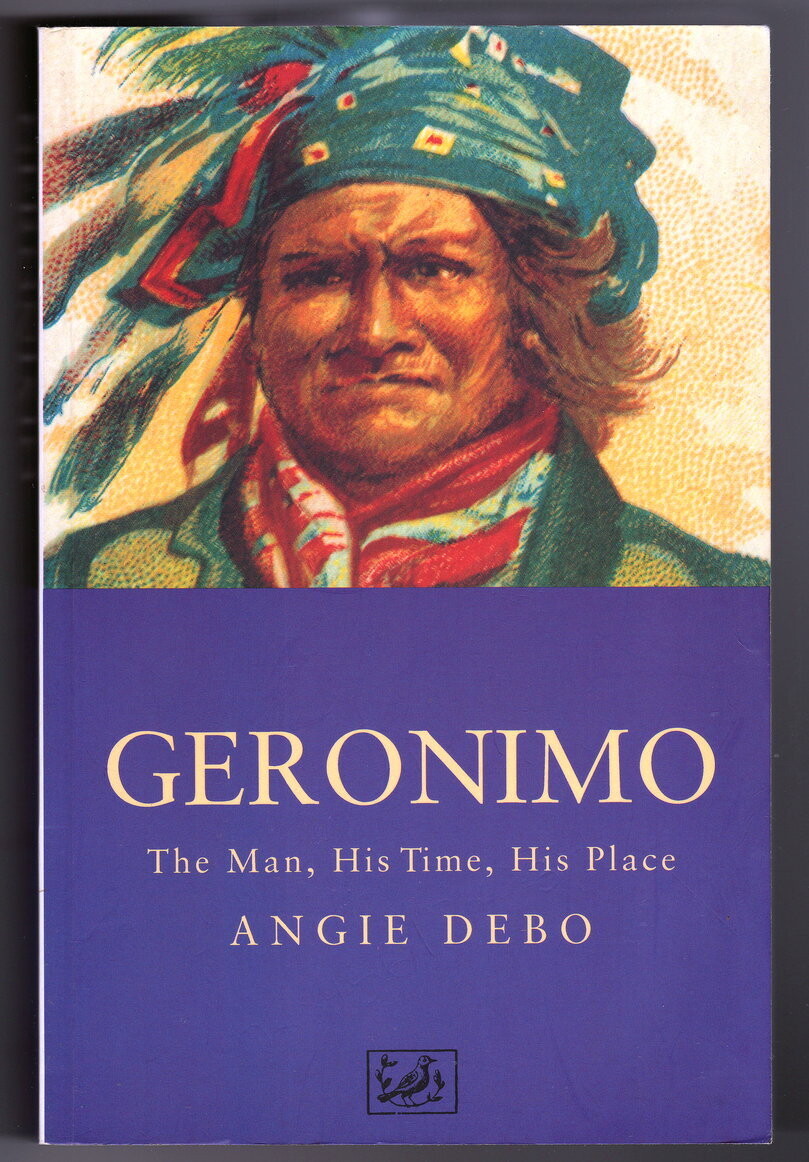 Geronimo: The Man, His Time, His Place by Angie Debo

On 5 September 1886, America rejoiced as the news flashed from the Southwest that the Apache war leader Geronimo had surrendered to Brigadier General Nelson A Miles. With Geronimo, at the time of his surrender, were Chief Naiche - son of the great Cochise - sixteen other warriors, fourteen women and six children. It had taken a force of 5,000 regular army troops and a series of false promises to capture the band.

Here is an enthralling narrative of revenge and raids, of escape, pursuit and uneasy peace. It is also a powerful and sympathetic portrait of Geronimo - one of the greatest, most feared and most elusive of Indian leaders - a man who became known as 'the tiger of the human race'. (back cover)