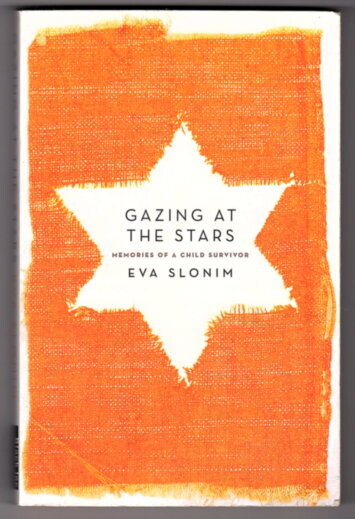 Gazing at the Stars: Memories of a Child Survivor by Eva Slonim

Secondhand. Good condition. Edgewear to book corners. Some marks to back cover.

In March 1939, seven-year-old Eva Weiss's world was shattered by the Nazi invasion of Slovakia. As the Nazi persecution of European Jews gained momentum, Eva's parents send her and her sister into hiding.

Eva and her sister were captured and sent to the Auschwitz-Birkenau concentration camp. In this memoir, Eva recounts the horrors she witnessed and endured as a young girl.

When the Soviet Army liberated the survivors of Auschwitz in 1945, Eva and her sister were faced with the daunting challenge of crossing war-torn Europe to be reunited with their family. Eva and her family relocated to Melbourne in 1948. She married Ben Slonim in 1953. They raised five children.