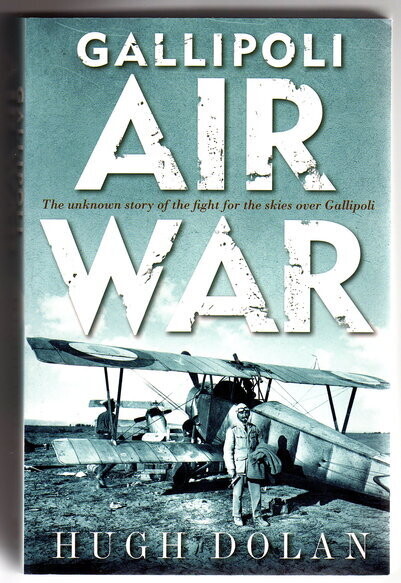 Gallipoli Air War: The Unknown Story of the Fight in the Skies Over Gallipoli by Hugh Dolan

The dramatic and almost unknown account of the war fought high above the Gallipoli peninsula, as the fragile biplanes of the Royal Flying Corps and the seaplanes of the Royal Navy battled both the elements and the Turkish Air Force (supplied and manned by their German allies).

Whether flying reconnaissance missions, acting as artillery observers for the guns of the Royal Navy or bombing Turkish targets, the men who manned these frail machines had a remarkable impact on the campaign that until now has never been properly brought to light.

Using meticulous research and the diaries and accounts of the combatants, this is a fascinating new front in the well-known Gallipoli story. (publisher blurb)