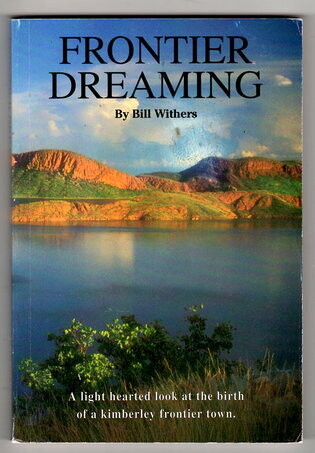 Frontier Dreaming: A Light Hearted Look at the Birth of a Kimberley Frontier Town [Kununurra] by Bill Withers

Secondhand. Good condition. Wear to book corners. Price sticker on the back cover.

Bill Withers moved to Kununurra in the 1960s. He established several businesses including a general store and service station. He increasingly became involved in community affairs, serving in local government and the local chamber of commerce. In May 1971, Withers joined WA Parliament as the MLC for the North Province.

In 1997, Withers wrote a series of one-page articles for the Kimberley Echo on the early history of Kununurra. These articles were combined and became Frontier Dreaming.

Kununurra was initiated to service the Ord River Irrigation Scheme.