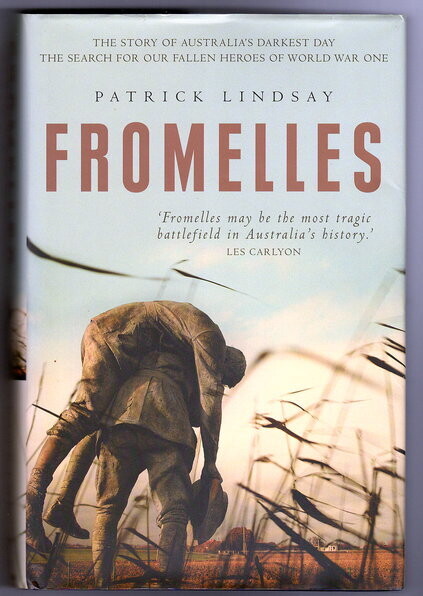 Fromelles: The Search for Our Missing Diggers in France by Patrick Lindsay

On 19 July 1916, in the northern French village of Fromelles, Australia suffered its worst-ever military defeat when a British officer ordered 15,000 of our best and bravest to go 'over the top' and attack the German lines. Eight hours later, more than 5500 Diggers lay dead or wounded: the equivalent of all Australian casualties from the Boer, Korean and Vietnam wars combined. In addition, some 400 of our boys were taken prisoner, but almost 200 vanished and remain missing to this day.

Fromelles ranks as Australia's worst military disaster, yet it barely rates a mention in our history books and is absent from our war memorials. What happened to the Diggers who mysteriously disappeared?

In an enthralling mix of detective story and passionate historical retelling, Patrick Lindsay travels across the world to the killing fields of northern France in his quest to honour our fallen, and unravel one of the greatest unsolved mysteries of World War I.

Fromelles tells the story of the painstaking detective work of a group of Australian amateur historians that led to the discovery of the location of the largest mass war grave site since the Second World War. It follows the story of the battle and why the historians believed the site was missed. It also takes us to the first inconclusive exploration of the site by archaeologists in 2007. (bookflap)