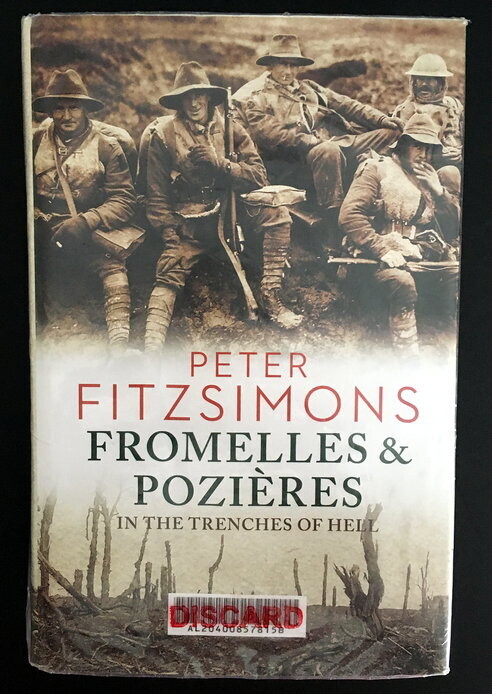 Fromelles & Pozieres: In the Trenches of Hell by Peter FitzSimons

On 19 July 1916, 7000 Australian soldiers - in the first major action of the AIF on the Western Front - attacked entrenched German positions at Fromelles in northern France. By the next day, there were over 5500 casualties, including nearly 2000 dead - a bloodbath that the Australian War Memorial describes as 'the worst 24 hours in Australia's entire history’.

Just days later, three Australian Divisions attacked German positions at nearby Pozières, and over the next six weeks they suffered another 23,000 casualties. Of that bitter battle, the great Australian war correspondent Charles Bean would write, ‘The field of Pozières is more consecrated by Australian fighting and more hallowed by Australian blood than any field which has ever existed . . .’

Yet the sad truth is that, nearly a century on from those battles, Australians know only a fraction of what occurred. This book brings the battles back to life and puts the reader in the moment, illustrating both the heroism displayed and the insanity of the British plan. With his extraordinary vigour and commitment to research, Peter FitzSimons shows why this is a story about which all Australians can be proud. And angry. (back cover)