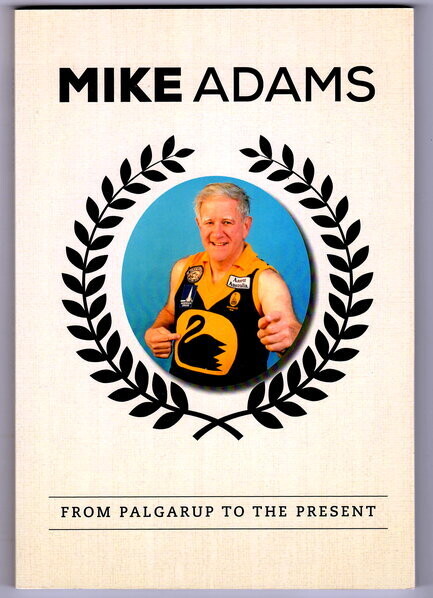 From Palgarup to the Present by Mike Adams

Mike Adams is a local South West sporting legend. Born in 1936 in the mill town Palgarup, Mike showed his versatility in numerous sports over a long period of time including football, cricket, hockey, tennis and basketball.

Adams played eight grand finals for three premierships, represented football in the South West for seven years, has seven club life memberships, and has sat on a number of committees, including for the Rising Sports Star awards.

Initially recording his sporting achievements for his grandchildren, Adams decided to extend his memoir to include his time working in real estate and electrical retailing, as well as his family and home life. (Busselton Dunsborough Times 2017)