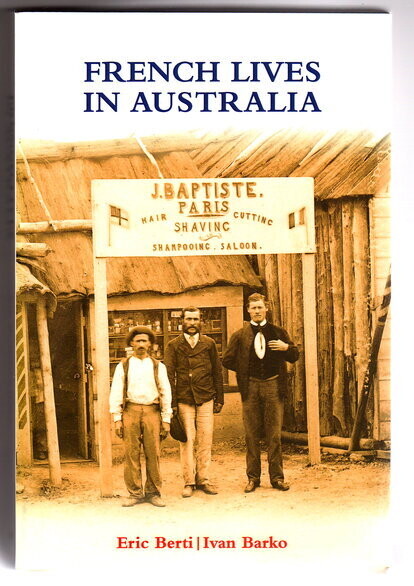 French Lives in Australia: A Collection of Biographical Essays by Eric Berti and Ivan Barko

Secondhand. Good condition. Ex library copy with external stickers removed. Date due slip on inside title page. Wear to book edges and corners. Some puckering of front cover laminate were stickers have been removed. Book is clean. Binding and interior are excellent.

For a long time the French presence in Australia remained understated, yet French nationals were present from the very beginning of the colonial period. Their contribution to the European discovery of the country and to its economic, cultural and social development was significant.