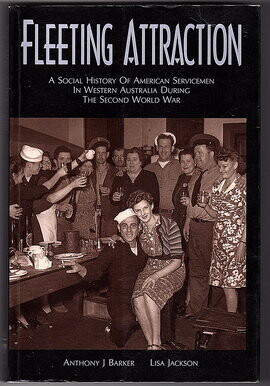 Fleeting Attraction: A Social History of American Servicemen in Western Australia During the Second World War by Anthony J Barker and Lisa Jackson

Arriving in early 1942, American servicemen were greeted by West Australians as handsome heroes from a Hollywood inspired world. Over the next three years, some thousands of naval personnel in Perth, Fremantle, Albany and Geraldton arrived, having a more welcomed impact than in other parts of Australia.

The American's impact was, however, fleeting. As they established themselves, they were mainly self-sufficient. Needing nothing from their host community except the warmth of human companionship.